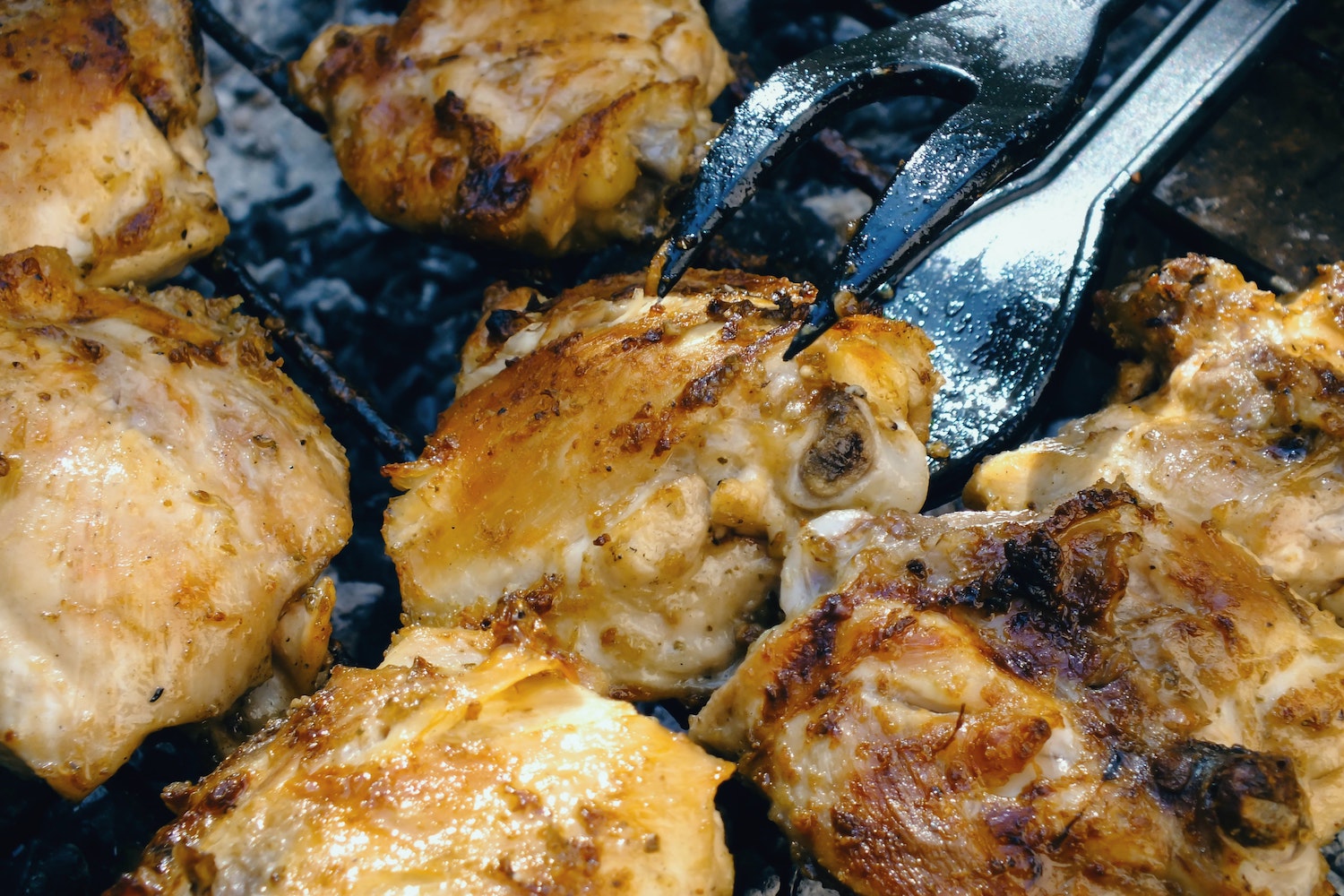 Cornish Hen has been around for a long time, but has recently been gaining in popularity on menus of restaurants and home cooked meals alike.

What Is Cornish Hen?

The full name of Cornish Hen is Rock Cornish Game Hen, and is the result of crossbreeding the Cornish chicken with a White Plymouth Rock chicken.

The resulting hybrid is what we know as the Cornish Hen. What makes the Cornish Hen so unique, is that it is a very small bird that matures very quickly, producing large muscles much quicker than other breeds.

Cornish Hen are slaughtered around five weeks of age, and on average weigh approximately 600g.

The small size of the Cornish Hen makes it the perfect show stopping dish, meaning that each diner can be served with an entire bird, rather than sharing one giant chicken between the whole table.

Despite the full name of this bird, it is not a game bird, and does not have a game flavour to it, and Cornish Hen can be either male or female.

How Do You Cook Cornish Hen?

Cornish Hen is extremely versatile, and as it is some small, cooks a lot quicker than a regular chicken, so it’s important to remember this when cooking it so that you don’t overcook it, or burn it.

Your favorite recipe for chicken can be adapted for Cornish Hen, and as it is so small it can easily be cooked in something like an Instant Pot, which only takes around half an hour. There are many different ways to cook this chicken, and many different recipes to be found in cookbooks and online. one of the most popular is Instant Pot Cornish hen.

There are so many different ways to cook Cornish Hen, let’s have a look at just a few of them below.

How Is Cornish Hen Different To Chicken?

Cornish Hen is the smallest of commercially available chicken, and as we have said this creates particularly unique meals.

As it is so young, the meat is especially tender. A Cornish Hen has a high ratio of fat to muscle, which not only makes the skin crispy when cooked, but it also self-bastes itself, meaning the meat falls easily off of the bone.

Cornish Hen has a more subtle flavour than regular chicken, the texture of the meat is much more delicate.

Given it’s small size, you get more meat than you would expect. The bones of a Cornish Hen are very small, as the meat takes up more room.

Spatchcocking is also known as butterflying a chicken, because it takes on the shape of a butterfly.

To butterfly a chicken, a cut is made along the back and the bird is pressed so it becomes more flat.

Cooking chicken like this is much quicker because the heat can penetrate through the meat much quicker. Cooking a spatchcocked chicken is usually done in a frying pan, with some oil or butter which makes the skin extra crispy.

You will want to ensure the pan is hot before putting the Cornish Hen is, and always fry skin down first, which will ensure the skin is crispy. Cook this way for around 10 minutes before turning over. Throughout the cooking process, keep spooning the cooking fat over the meat to ensure it doesn’t dry out.

You can also cook a spatchcocked chicken under a grill, ensuring you turn it half way through to get an even cook, however, this method often leads to the meat drying out as the fat drops into the grill pan.

Cornish Hen can be roasted in the same way as a regular chicken, but given the size cooking times will vary depending on the actual size of the Hen, and what temperature you want to cook your bird at.

It is a good idea when cooking meat to invest in a meat thermometer, this will help you know when you have reached the correct heat, and the meat is cooked all the way through.

Chicken should be cooked to 180 Fahrenheit or 85 Celsius, and the thermometer should be inserted into the thickest cut of meat on the bird so you can be sure it has cooked all the way through.

When roasting a Cornish Hen, you can put flavourings such as butter and herbs under the skin to add some flavour, and throughout the cooking process, use a baster to apply the juice to the top of the chicken to keep it as tender and moist as possible.

Slow cooking is a very convenient way to cook food, especially in this very busy world we inhabit.

A Cornish Hen can be slow cooked whole, due to it’s small size, and depending on the size of your slow cooker, you can cook several at once so that you have a great family meal ready when you get in from work.

To slow cook a Cornish Hen, simply place your Hens into the slow cooker with whatever flavorings you like, add your choice of vegetables and enough fluid, usually some sort of broth or stock – to almost cover the Hens and let the slow cooker do its work.

Check the cooking times on your slow cooker model, as they all can vary slightly.

Slow cooking will not crisp the skin on meat, due to the submersion in fluid, but if you prefer the skin crispy, you can pop it in the oven after cooking to allow it to crisp up.

Cornish Hen can be a little more expensive to purchase compared with regular chicken, however for the taste and delicacy of the meat, it is well worth spending a little bit more.

The price can vary depending on where your Hen has come from, as with regular chicken you can purchase organic or free range Hens, depending on your preference.

Cornish Hens are widely available, depending on if you prefer to to buy from your butcher or local supermarket.

How to Prepare for Apartment Hunting