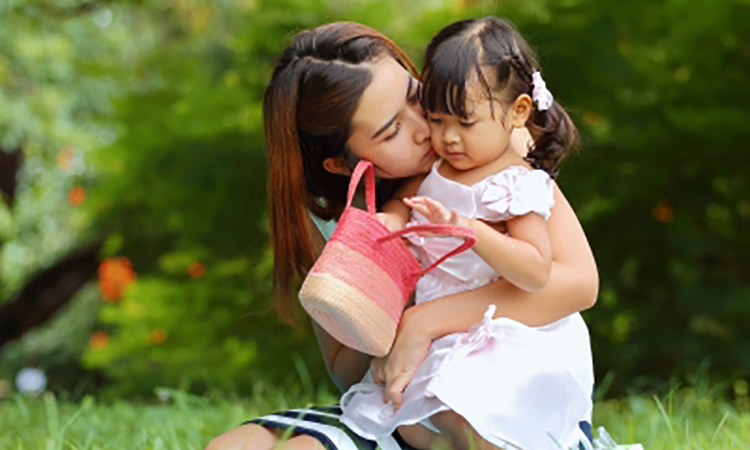 As parents living a busy, fast-paced life, it’s easy for us to overlook one important fact: our children are watching us, listening to us. I learned this lesson the hard way when I had to deal with dirty words that my 4-year old said just a couple of days ago.

It was just her, the Little Man and myself at home. Their dad was out that evening in a meeting. The minis and I were laughing as we showed our funny faces to each other. The Little Man showed his silly-looking angry face then I heard it. The Princess said: “What the #!@*”

Shocked at what I just heard, my immediate reaction was to stop our game. I pulled her aside and sat her down. “Where did you learn those words?” I asked, sternly. “Nowhere,” she answered. “You’re a kid. You’re not supposed to say those words. Now tell me, who said those words?” I asked again. “No one…” she answered. I asked her over and over, rephrasing the question every way I can, but she wouldn’t give me an answer. “Did you hear it from the telly? Did someone on the iPad videos you’re watching say it? Did one of your classmates say those words? How about the girl you were playing with today?” I asked. No answer.

Out of nowhere, I burst into an angry fit and said, “If you don’t tell me where you heard those words, you’re out of this house!” It was cruel to say that to a 4-year old. I don’t know why I said it; I was just so, so angry because she won’t answer me.

“This is the last time I will ask you. Who said those words?” I asked. My 4-year old started to cry as she answered, “Mommy and Daddy.” My heart shattered. I made her go through my angry fit and it’s all because of… me.

My mind started to track back through the day, the weeks. I tried to recall if I ever said those words in front of the minis because we’ve always been very careful with our words around them. As soon as Arjay came home, I talked to him about the incident that ensued while he was away. He couldn’t recall saying those words as well.

“I’m sure she heard it from the videos she’s been watching. Remember when you caught C watching a My Little Pony cartoon with characters that were cursing?” Arjay said. (This is why the iPad is now off-limits)

Sure, she could’ve heard it from the videos she watched on the iPad…but what if she really heard it from us? The very fact that I can’t recall saying those words, but feeling like I could have said them out loud with the minis around, I realized that I haven’t been paying attention. I’ve been so busy with the businesses that I’ve stopped paying attention to my kids…the very reason why I decided not to dive into the corporate world.

It’s crazy how busy I’ve been. I’m happy because business is doing great, but I’m not very happy that I’ve had to sacrifice my time for my children. I’ve completely lost my balance and it’s time to re-evaluate how I spend my time.

Going back to what you’re here for. The question remains… What do you do when your child says a bad word?

We all know what not to do. Don’t get into an angry fit like I did. That’s just crazy and wrong. I should’ve controlled myself and kept myself calm. I sort of saved the situation by cooling myself down and talking to her, in a calm manner, why she shouldn’t say those words. I also apologized to my 4-year old for snapping like that and for saying those dirty words–even if I don’t recall saying those, because what if I really did say it, right?

However, if I were to go through that situation again, I will do things differently. Instead of suddenly snapping at my daughter, I will extend my patience and talk to her calmly until she tells me where she heard those dirty words from. If she tells me, then I’ll explain why she shouldn’t be saying those words. If she reacts the same way and refuses to answer my question, I won’t snap. I’ll just go ahead and explain why she shouldn’t say those words.

I realized that me snapping at her for not answering my question was unnecessary. Where she heard those dirty words from isn’t important. The important lesson she needed to learn was why she shouldn’t say those words again.

Question: Have you been in the same situation? How did you handle it? You can leave a comment by scrolling down or clicking here.