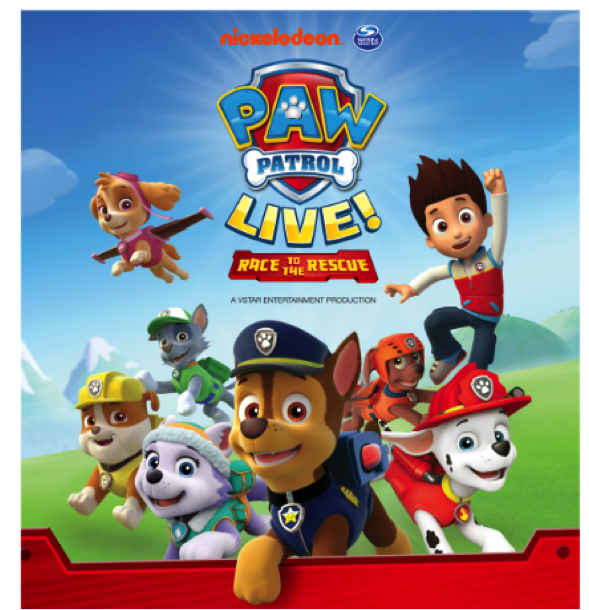 Do you have a little Paw Patrol fan? I have two! Marshall is a popular cartoon character in our home since he does the same job as my husband–firefighting and rescue! So when we found out that the Paw Patrol gang is coming over to the Philippines, we knew we can’t miss the show!

You read that right, moms and dads. Paw Patrol is heading to the Philippines! Don’t miss the chance to watch Chase, Marshall, Rubble, Skye, and the whole Paw Patrol gang as they go on the adventure of a lifetime in Paw Patrol Live! Race to the Rescue at Newport Performing Arts Theater in Resorts World Manila (RWM) from June 2-4, 2017.

This is the Paw Patrol gang’s first ever live world tour so don’t miss it!!!

The show will feature the cute characters of the popular Nickelodeon animated series on another heroic adventure. Paw Patrol Live! Race to the Rescue will have the well-loved cast of characters of Paw Patrol, singing and dancing their way into children’s hearts. Ryder and his furry pals will teach positive values of friendship, loyalty, and integrity as they make many thrilling rescues on their way to the finish line.

Tickets are available at the RWM Box Office and through www.ticketworld.com.ph.

Download the RWM Mobile Companion App free on Google Play or the AppStore or visit www.rwmanila.com for more details on RWM’s family-friendly offerings.

Also home to RWM is NEWPORT Mall which features international luxury brands, state-of- the-art movie theaters at Newport Cinemas, an award-winning, ultra-modern Newport Performing Arts Theater (NPAT), and a cozy, 24/7 entertainment hub at Bar 360. Dine in one of almost 50 restaurant outlets offering a diverse selection of local and world cuisine, prepared by top Filipino and foreign chefs and paired with a wide selection of the finest wines and popular liquors.

The Write On Workshop And On Living An Inspired Life