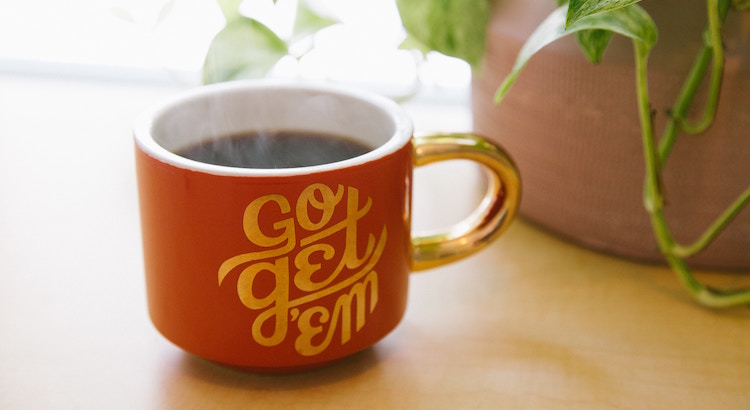 I know because, at some point, I was that person scrolling through my feed labeling other people as braggers in an effort to mask my envy. I would see people doing things I want to do, going to places I want to visit, buying things I can only dream of. And the only I thing I can do is complain about them bragging about those things.

Was I the better person? No.

I’m coming out with this post because I find it alarming that many people in my social circle are operating from envy. Some of them have attacked me, subtly most of the time. (You’re forgiven.)

I’m here to tell you that if you let your envy take over, it won’t do you any good.

The better thing to do is to be more mindful of your thoughts and take control of the negativity that tries to get through. Why is it important to do this? Because envy activates the scarcity mindset.

In simple terms, the Scarcity Mindset is having the belief that there is not enough of anything – money, happiness, or whatever. As a result, it makes you operate from lack. When you operate from lack (not believing that there is plenty of everything for everyone), you cling to everything as if there is a shortage or you attack others who you “feel” have more or you hide behind the statement, “I’m contented with what I have now” (even if it’s not true).

The danger with contentment is that we unknowingly use it as an excuse not to do more and be more. I don’t say I’m contented with what I have, I say I’m grateful for what I have… because I know there is more I can do, and more I can have to ultimately pay it forward to others.

For instance, after seeing the success of my business, I started a group providing support for other moms who also want to earn online. Because I never stopped at just enough for my business, I am now able to share the abundance I experienced by guiding other moms through the twists and turns of online freelancing.

No, it’s not greed to do more and be more. This wanting more only becomes greed when you keep it to yourself with the intention to have more than everyone else and not do anything while everyone suffers. However, if you freely share the abundance with anyone who is willing to open up their hearts and minds to it and who is willing to do the work to be where you are, then there’s nothing greedy about that, yes?

It’s the same as what I learned from Bo Sanchez about money. We grew up with the belief that money is evil. It’s all over the teleseryes we see. It’s implied in the news. It’s apparent in how we use the rich in our statements (i.e. “Mayaman yan kaya kahit anong gawin kayang lumusot!”) The result of this money mindset? We fear wealth. We avoid it like the plague and bury our longing to be abundant by convincing ourselves that we’re okay with the simple life.

When my husband asked me why I started implementing minimalism, I told him straight that it’s because it makes my heart, mind, and soul feel good – and that somehow, it’s also good for the environment. My choice had nothing to do with others and what they think.

You see, money isn’t evil. Wealth is for everyone and it is okay to be wealthy. As long as we use that wealth to lift ourselves so we can lift others up, then there’s nothing wrong with it.

The next time you catch yourself reacting to what seems to you is a brag post, hold that thought and reflect on it. Why are you reacting that way? Is that envy you’re trying to mask? If so, try your best to turn that emotion around.

Instead of saying, “Ang yabang ng taong ‘to!” how about try acknowledging and applauding their success? Be genuinely happy for them and believe that their success does not lessen yours, but adds to it. Heck, even ask them how they did it!

This will do wonders for you because:

Also, you may not know it, but being supportive of other people’s successes will also do wonders for them. You see, you’ll never know how your negativity can crush another person’s heart (and dreams). I know it does because it happened to me last year. I felt like I was unworthy of my success and the financial gain that resulted from it because the people I expected would be happy for me were not. These were family and people I considered dear friends. I lost my drive. I lost my want to help others.

I eventually recovered from it after rewiring my mindset, but I hope people won’t do it intentionally anymore. I know it’s enough to be happy for yourself when you achieve something… but wouldn’t it be nice to know you have a tribe cheering you on? Think about that.

Are you ready to activate your Abundance Mindset? Remember, abundance is for everyone. However, unless you consciously choose to be abundant, it won’t happen. Start today. Change today.

How to Withdraw from PayPal to GCash

Working Remotely? Here’s How To Improve Your Zoom Calls