I think the problem of being dubbed as the favorite is that people automatically assume that you don’t have to work for anything because whatever you want will be given to you – no explanations needed. I’d know because there are people who think that I am my grandmother’s favorite. And believe me, I’ve heard a good amount of harsh statements because of that.

In my defense, I don’t really feel like I’m the favorite. It’s just that I’m the kind of person who would find ways to get what I want to get… on my own.

Of course, no matter how many times I tell them that I don’t get anything from my grandmother, they still believe that I do. 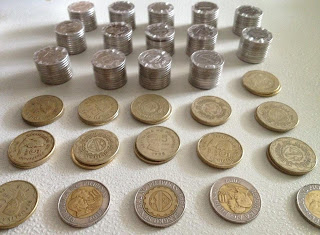 What they don’t know is…

That I worked two jobs online so we can save for our civil wedding and Kelly’s birth.

That Daddy A biked from Cainta to Makati when he used to go to work there because it’s less expensive.

That we stopped eating out, watching movies and going out altogether for months to save for Kelly’s birth.

That after Daddy A’s duty at the fire station, he’d work online for extra money.

Which brings me to the real topic of this post (sorry for the rant): How do we prepare (financially) for celebrations?

The latest big event that we prepared for is Kelly’s first birthday party. We initially planned a party with a budget of P30,000, but since we felt that we should make it extra special for the little girl, we went over the previously agreed budget. Parents, learn from us. Stick to your budget! You can make your kid’s party special without having to spend twice the money you are willing to burn. What’s done is done so I’m moving on. 😀

We celebrated Kelly’s first birthday at Club Manila East. We paid for the entrance and food (from Shakey’s) for 100 guests. Plus, we rented one of the pavilions from 7 in the morning to 10 in the evening since we also hired a magician and a clown for entertainment and we wanted the guests to have a place to leave their things while they enjoy the resort. The end result? We were P75,000 poorer. It’s not what we had planned. Again, learn from our mistake! The good thing is that we put away enough money to pay for such a big celebration.

How did we do it? 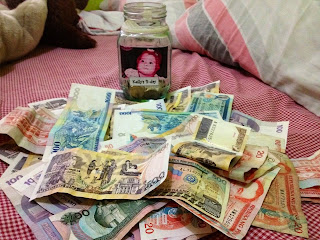 Come May, we had more than enough for Kelly’s birthday party. Of course, I should thank my parents for sponsoring the giveaways, my cousin for getting us a discount at Club Manila East and my best bud, N, for hosting the party for us. Their help really made the preparations less stressful!

That’s how we prepare financially for celebrations. Next time, though, I promise to stick to the budget!

What do you do when a child assaults you?