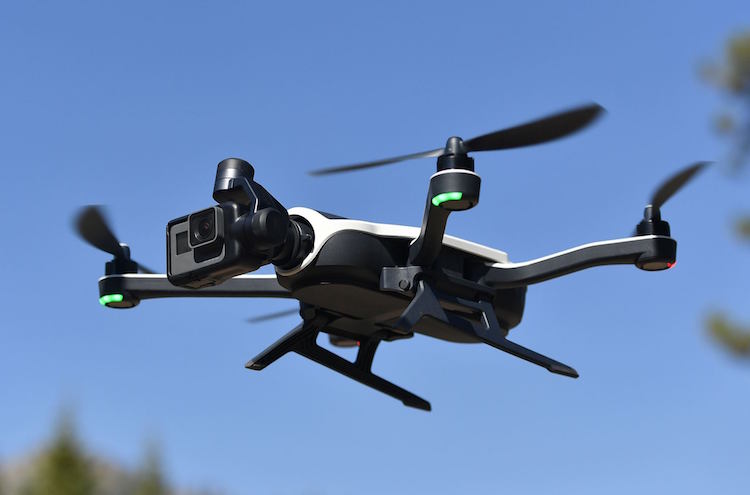 “Look, up in the sky! It’s a bird. It’s a plane. It’s a drone!’ This is how the famous Superman quote from the 50’s would be framed today. With easing drone laws (in some parts of the world) and decreasing costs (in all parts of the world), drones have become the new remote-controlled toys – an entertainer common in every 90’s kids’ inventory. That’s only the fun part. The business side to the drone industry is the key market player. One study estimates the investment in drone hardware to surpass 12 million dollars by 2021. Much higher than the approximately 9-million-dollar worth of investment expected in the year 2017 alone. A large part of this investment can be attributed to the growing online commodity market. With this general shift in public investment from retail shops to e-commerce, Amazon plays an important part as it helps its buyers with ground breaking discounts.

And with such hefty figures in play, one can easily speculate the crushing competition this piece of electronic will bring with it. And one player that is vying to become the juggernaut in the ever-intensifying drone game is GoPro. Having established an unbeatable reach in the world of robust camera technology, GoPro took its first major step in October 2016 by launching the GoPro Karma. The initial batches suffered an unforeseen failure as the flights kept crashing, sometimes during the flight and sometimes while landing, which led to the company recalling all the devices back for a plastic surgery (if that applies to non-humans). With its relaunch in March 2017, we performed a deep study to bring out the tiny details of the Karma!

The Karma has a dedicated joystick with an inbuilt flap-open style screen to live stream the bird’s eye view of the device. The drone uses the standard ice-cube shaped GoPro Hero 4 (or 5) camera which gives a fascinating view of anything that comes in its angle of focus. You can expect nothing less from a 1080p model! The camera sits in a gimbal that keeps the footage pretty steady during the flight. Even when the drone is flipping around in the air, the video will be pretty much levelled and free of jerks and shakes. The drawbacks include the failure to avoid collisions and the unique target lock down feature. For example, it can’t lock on to a person you want to shoot who’s cycling down a road or follow a car. Plus, it does not have the feature to detect tree branches and buildings, something that the latest rivals in the market already have. On the brighter side, the Karma has proven itself to be one of the strongest of its kind! You can find several tests on YouTube, which review the crash test of the GoPro Karma with minimal damage.

Not that we advise our readers to perform a personal crash of their drone! We’ll be honest here; the GoPro Karma is one of those devices that has an instruction manual booklet which will never be used. It literally takes minutes for the user to unpack the drone and get used to its control. It’s that simple! The drone is super light at exactly 1 Kg with an operating height of 1000 meters. It has an estimated flight battery life of 20 minutes and an inbuilt flight simulator. The controller is perhaps the best part of the complete package apart from the flying machine. If you have ever set hands on a Nintendo’s Gameboy console, get ready to dive into nostalgia mode as the Karma controller and its coupling screen looks and works pretty similar to it. The machine is pretty straightforward with 4 powerful fans ready to lift the camera and the embedded electronics in the main pouch. Nothing unique was done while placing the camera on the platform, which makes the Karma seem like a healthier form of a vulture. However, the overall design is so well thought that the complete package is ready to unleash and re-pack within minutes, if not seconds. All of that with minimum practice and expertise. You really don’t have to be a drone expert before flying the Karma. We can vouch for that!

GoPro has played smart by enabling the user to choose from the Hero 4 and Hero 5 to attach on the drone. This trend might continue with the upcoming launch of the Hero 6 model which is most likely to be compatible with the Karma. The price has been divided into two portions – price of the drone and the price of the camera. Despite the heated competition within drone manufacturers, the Karma can be categorized as the elite class with a significantly high price tag on it. Only time will tell whether the GoPro’s latest revolution turns out to be a market leader and a ‘painful Karma’ for its competitors.

We Brought the Carmageddon Upon Ourselves

That Time I Stood Up For Mom-powerment

Rain or Shine, Stay In Style With Your Jelly Nelly Sandals