After all the evacuation, rescue and relief operations due to the wrath of the southwest monsoon, Daddy A came home with the flu. It was the usual flu – he had the colds, he was coughing and he was feverish. So I thought, “Hey, this will be over in a few days. He just needs medicine, healthy food and lots of rest.” I was wrong. The virus he brought home with him was nothing close to normal. It was so strong that everyone who got exposed to the virus got sick.

Daddy A came home feeling really sick on a Friday. By Monday morning, I already had a fever. I was coughing like crazy and my nose was so stuffy I couldn’t breathe. Scared that The Princess might catch it, we decided to transfer her to her grandparents’ care. Unfortunately, by Tuesday night, my mom told me that The Princess, too, had high fever and was vomiting phlegm. 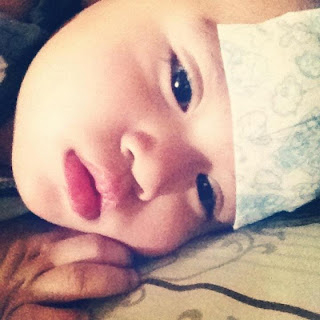 Since the little girl was having a really hard time, we brought her to her pediatrician the next morning. Her doctor didn’t give her anything except paracetamol and a saline nose spray. She also advised us to drink lots of fluids and get as much rest as we can.

We followed the doctor’s advice. The Princess recovered — without taking medicines — by Thursday morning; probably because she was given the flu and pneumonococcal vaccines a few months ago (I highly recommend this to parents). Unfortunately for Daddy A and I, we are still sick with the flu. We do feel a lot better now, though. However, my parents and my sister all caught the virus as well so almost everyone in our circle are on sick leave.

None of us took any medication ever since this virus came to our house. First of all, I’m pregnant so to begin with, I cannot take anything that might hurt the baby. I chose not to give anything to The Princess as well because like her pediatrician said, it’s better if she recovers naturally. Daddy A also did not take anything to battle the flu. We just think that medications have really bad side effects on us like extreme nausea.

So, how did we face the virus?

There are many other things you can do to fight off a flu. Here are some we weren’t able to try, but others say are very helpful:

Financial Tricks That We Learned From Our First Year of Marriage