Skip to content
Last week, I wrote an update about our wedding. Well- I have a surprise for all of you! We are postponing the wedding and moving it next year. I can already imagine people gasping. Why are we doing this? We are postponing the wedding to make way for something more important…
This is because last week, we found out that we have a new member in the family. 🙂 You got that right! We are having baby number two! I had no idea I was pregnant. In fact, I only found out I was pregnant when I was rushed to the emergency room due to profuse bleeding. I didn’t feel any pain when I woke up bleeding, but I knew there was something wrong. It wasn’t time for my period and the bleeding was extra heavy. That’s why hubby decided to bring me to the ER.
To our surprise, the nurse told me that I am pregnant after doing a pregnancy test. I didn’t feel happy at first- I felt very worried. Profuse bleeding during pregnancy is not something to take lightly. Plus, I noticed that the doctors and nurses were very uneasy. They kept telling me to relax and not to move. They put me on IV right away and injected medicines right away.
A few minutes later, they brought me to the radiology room for a transvaginal ultrasound. I was holding to hubby tightly as we wait for the sonologist to check the baby. Then, to our relief, we saw our little one moving around with it’s tiny heart beating loudly. “Ang kulit ng baby niyo ah!” the sonologist said with a smile. “How old is the baby?” I asked. “12 weeks,” she answered.
TWELVE WEEKS! How could I not know?! Here’s why… I have been having my period on the expected date in the past three months. It was lighter than usual though, but it lasted for five days- just like a normal period. What I didn’t know is that I have been bleeding already. I felt extra guilty because I haven’t been very careful in the past three months. I kept traveling with hubby, I ran around with Kelly, I swam, I biked, I even had my wisdom tooth pulled!
After the ultrasound, the nurse brought me to my room where hubby and I anxiously waited for our doctor. And when the OB arrived, the first thing that we asked is the effect of the bleeding to our baby. “Well, your baby is holding on. Don’t worry, though- this won’t affect the baby’s development. Of course, you have to be extra careful,” she said.
And so we stayed in the hospital for five days. I wasn’t allowed to move. I wasn’t even allowed to go to the bathroom! When the bleeding stopped completely and I seem to have stabilized, our OB finally allowed us to go home on the condition that I go on a complete bed rest and that I take the prescribed medicines.
So here I am- stuck in bed. I don’t mind, though. This is for our new blessing 🙂 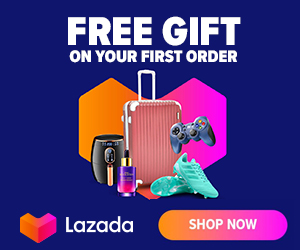